Another vinyl transfer from the Boston Public Library via the Internet Archive and restored by me. This LP was later reissued with additional music, but that compact disc is now unavailable except in the second hand market.

Of note is that the list price of this LP was $5.95 in 1970, which in inflation-adjusted 2020 dollars is about $40. This, interestingly, is about what used copies are listed at on discogs.com (US sellers only, for a fair comparison).

Economists playfully use something called a "Big Mac Index," which measures purchasing power among various world currencies by comparing the cost of a rather disgusting Big Mac sandwich at McDonalds "restaurants" around the world. We can do the same with comparing 1970 USD vs 2020 USD... the price of a Big Mac sandwich was 49 cents in 1970 and $5.74 (average) in mid-2019. Therefore the method results in a 2020 retail list price for this LP of right around $70.

Another way of looking at it is that in 1970, if one had $6, one could purchase either 12 Big Macs or this LP. Therefore we again derive a theoretical retail list price of this album today of around $70. Keep that in mind when people scoff at paying $20 for a newly-issued LP. 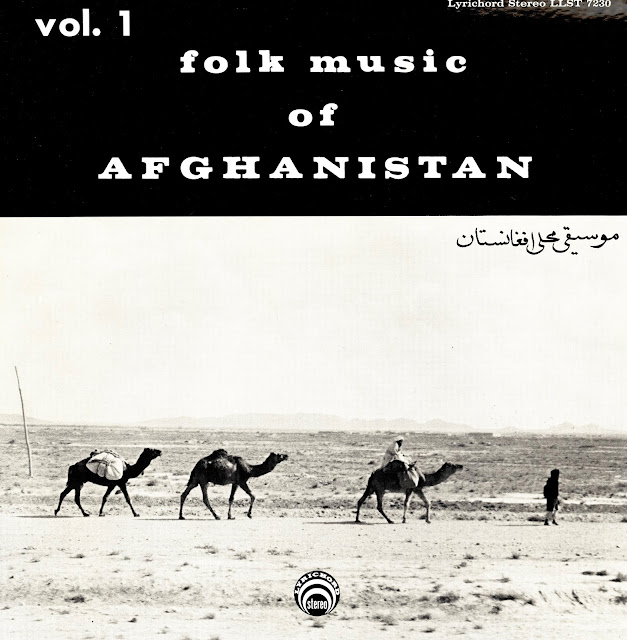 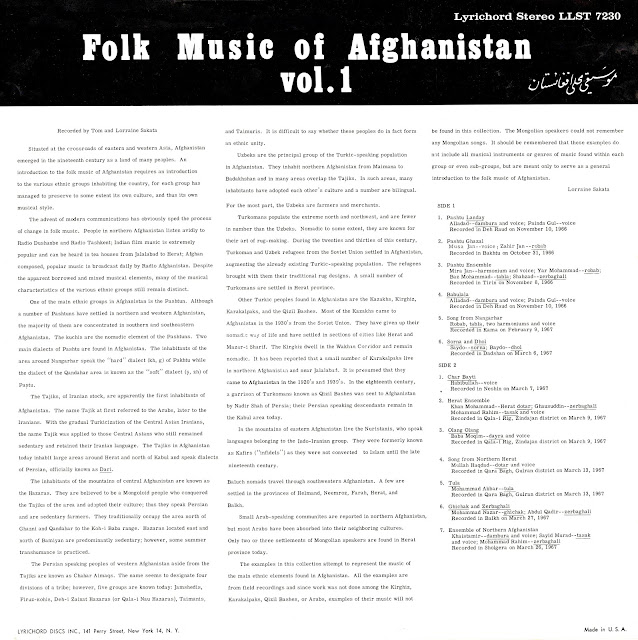 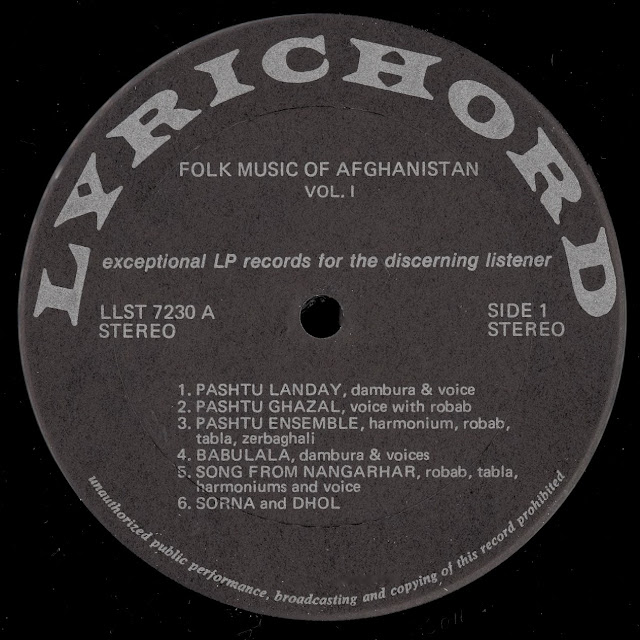 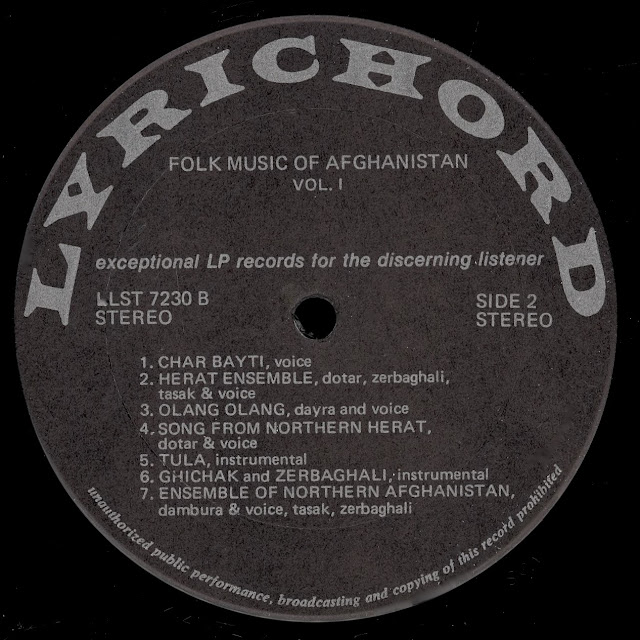 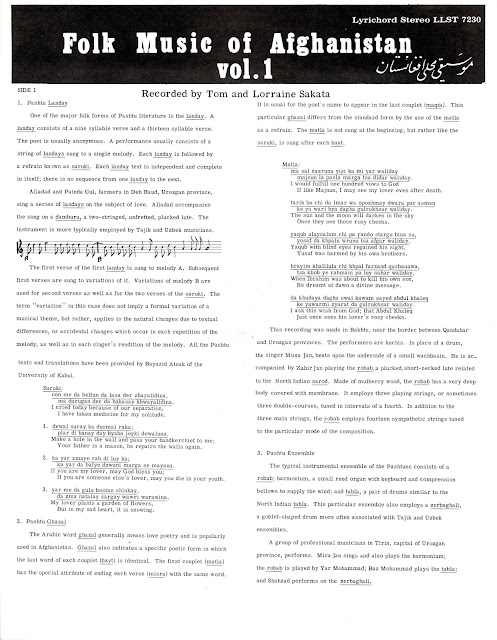 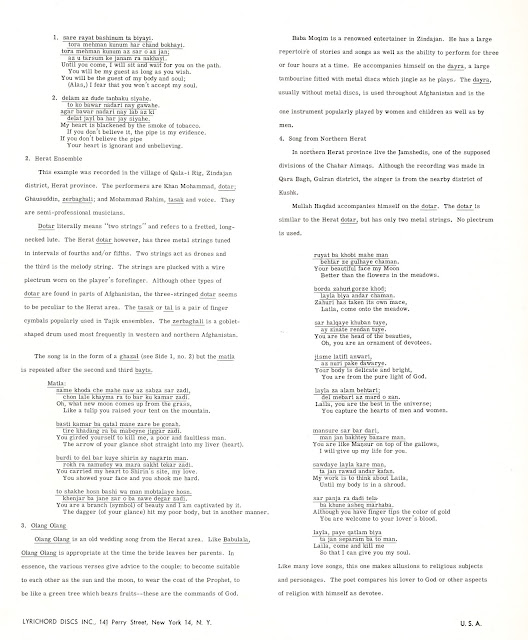 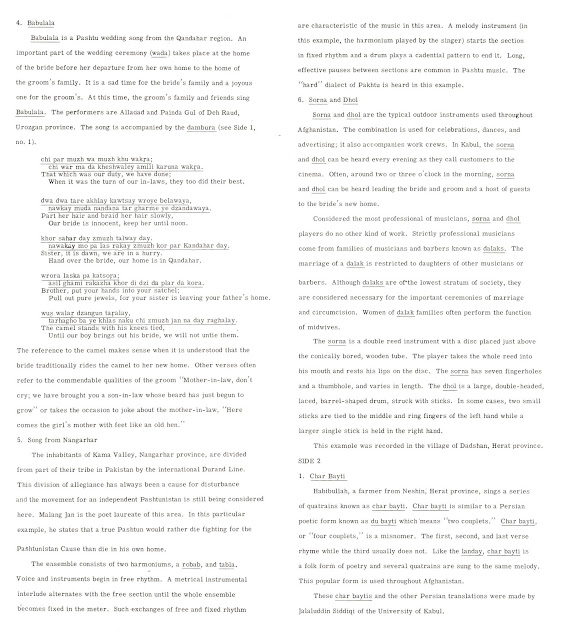 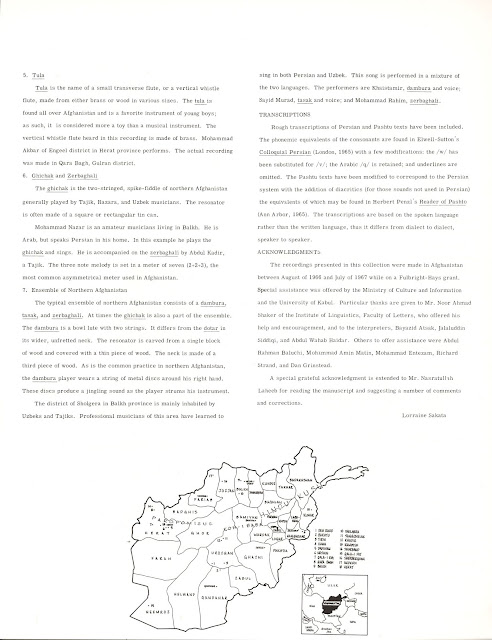 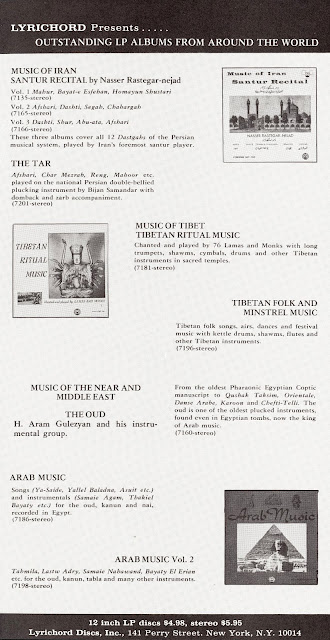 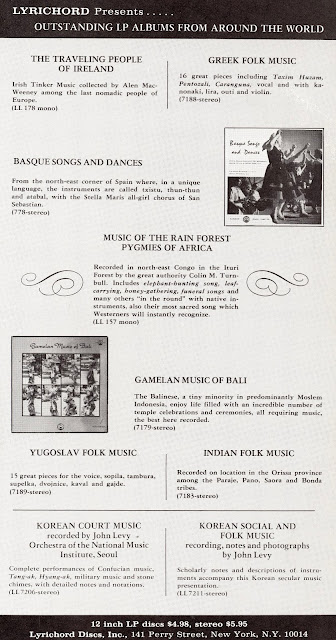 
Tom Sakata worked for Boeing as an engineer and interrupted his career several times so that he could accompany (and protect) his ethnomusicologist wife on long trips to Afghanistan in the 1960s.

Lorraine grew up in California and spent several years as a child growing up in an internment camp in the United States during the second World War. She first studied the piano as well as traditional Japanese instruments. After that she closely studied South Indian classical music, becoming a student of T. Ranganathan and S. Ramanathan. She wrote her Masters thesis on the topic of varnam.

A very good 2016 interview with Sakata focusing on her life and career is available here.

An excellent LP transfer of folk music from Afghanistan is available at the fantastic "MusicRepublic" blog.

The République Musique blog is certainly the best currently-active general world music blog of which I am aware. Go there and download everything and revel in the musical treasures being obtained, preserved and shared!

A different transfer of the same LP is available here.

The second volume is available as a vinyl transfer here.

A transfer of a wonderful and extremely rare Japanese 5-LP set of Afghan folk music is still available at the "Oriental Traditional Music" blog.

Dozens of other transfers of cassettes and LPs of music from Afghanistan are available from the "Oriental Traditional Music" blog here.