Yet another transfer from the Boston Library Collection. These library LPs have been used and at times (apparently) abused, but I believe all the transfers available on this blog are worth downloading.

Some of the publicly available LPs were too far gone to be rescued. These can still be either streamed, sampled or downloaded from here. 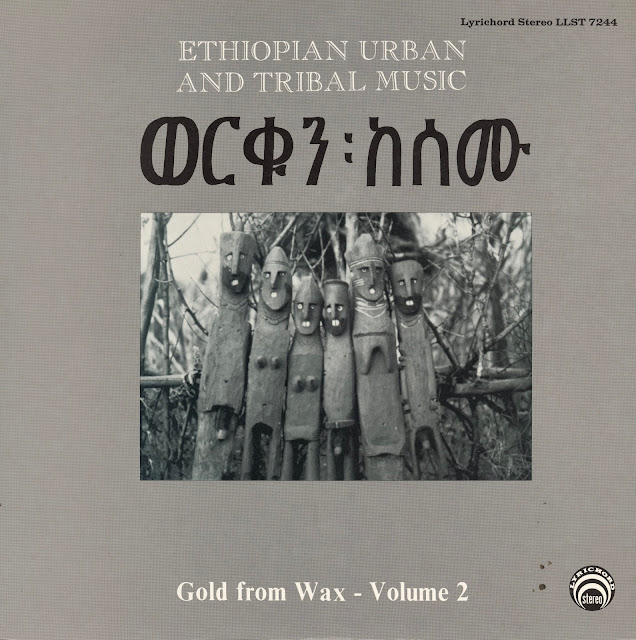 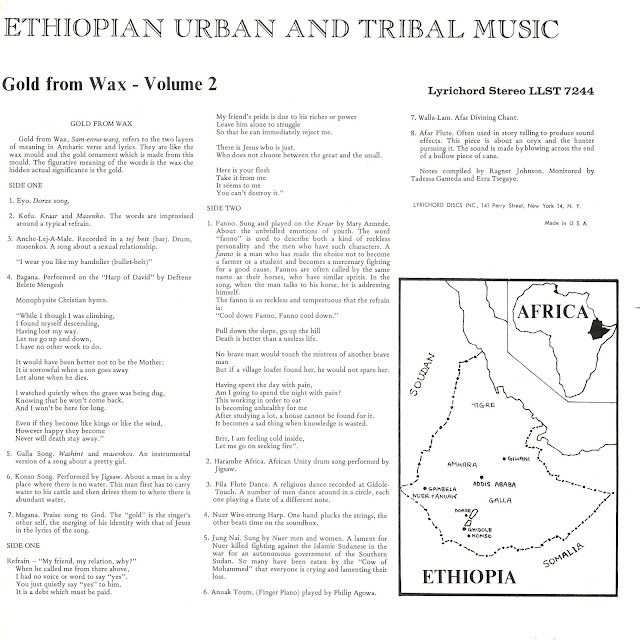 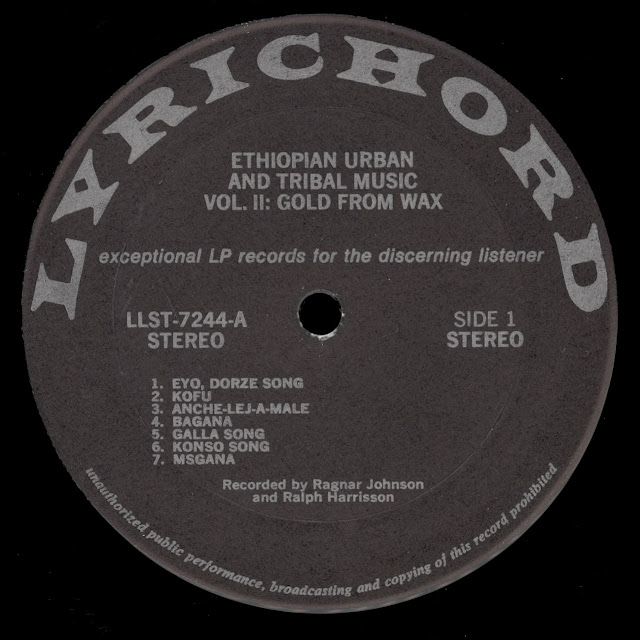 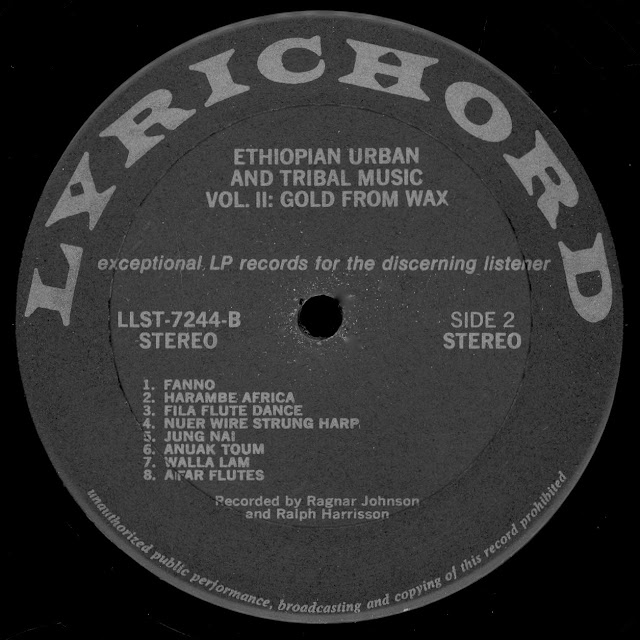 A1 - Eyo: Dorze song.
A2 - Kofu: Kraar and Masenko. The words were improvised around a typical refrain.
A3 - Anche-Lej-A-Male: Recorded in a teij-beit (bar). Drum, masenkos.
A4 - Bagana: Performed on the "Harp of David" by Deftene Belete Mengesh. Monophyte Christian hymn.
A5 - Galla Song: Washint and masenkos.
A6 - Konso Song: Performed by Jigsaw.
A7 - Msgana: Praise song to God.

B1 - Fanno: Song played on the Kraar by Mary Armede.
B2 - Harambe Africa: African Unity drum song performed by Jigsaw.
B3 - Fila Flute Dance: A religious dance recorded at Gidole-Touch. A number of men dance around in a circle, each one playing a flute of different note.
B4 - Nuer wire-strung Harp: One hand plucks the strings, the other beats time on the soundbox.
B5 - Jung Nai: Sung by Nuer men and women.
B6 - Anouak Toum: Finger Piano played by Philip Agowa.
B7 - Walla-Lam: Afar Divining Chant.
B8 - Afar Flute: Often used in story telling to produce sound effects.